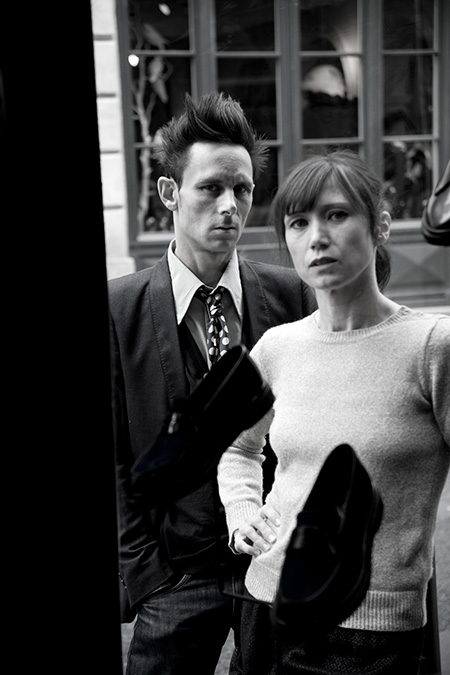 «There are inlets that are more famous, bathed in more sunlight, and others that are secluded as a result of wintry weather but where one’s imagination may roam wilder.»

« There are inlets that are more famous, bathed in more sunlight, and others that are secluded as a result of wintry weather but where one’s imagination may roam wilder. On the Sables-d’Olonne embankments, for instance. That’s where Isabelle Guédon and Benjamin Caron met. The Paris homecoming of Adieu snowballed from their desire to carry teenage obsessions one step further, as with those initial creepers purchased by Benjamin in London or those zipped gardening ankle boots owned by Isabelle’s grandfather. They hit the winding road that led them from their provincial town to Paris, where their unisex shoe collections earned their stripes, fuelled by the memories of their music and images filled youth.

Modern young people. The journey of these Vendée bred Elli & Jacno dug a tunnel under the Channel, highlighting a Teddy boy inspiration here, hinting at a Mod influence there. Their classics boast the strong personality of popular or underground icons: the shoes worn by John Lyndon, Alan Vega or Joe Strummer. As far as France is concerned, let us stick to the dark cold wave of Play Blessures by Alain Bashung.

Since Adieu was founded in 2012, Benjamin’s demanding know-how combined to Isabelle’s Parisian twist have gathered along the way the precise expertise of low-key ootwear, but derive as much from an abundance of intimate stories as from generic models that take pride in their authenticity.

Sure, their shoes have a gender, both masculine (those bulky platforms) and feminine (those soft colours), but they stand intertwined in a common approach, a timelessness. There may be no brand philosophy to define Adieu, since such outmoded marketing concepts fail to encapsulate the creative geist of those two individuals. However, there is definitely a brand poetry as Adieu will be pounding the Parisian pavements for years to come. »

The particularity of the Adieu shoes lies mainly in its outsole, which was designed by Adieu and is made exclusively for Adieu. 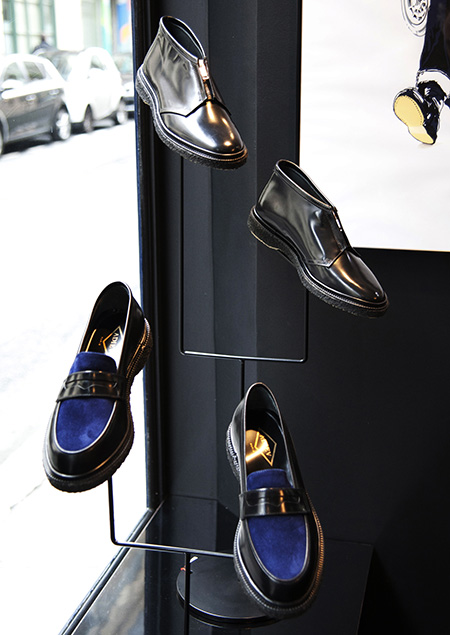 Techniques and manufacture of the Adieu shoes

The first season, a journalist summed up how she felt about the Adieu shoes: "It feels like you've always known these shoes, but before, we could not find them". This sentence illustrates the philosophy of Adieu. Put new timeless codes through the interpretation of codes located in the collective unconscious and ennoble the popular shoes. This makes Adieu designs desirable and appropriable. The particularity of the Adieu shoes lies mainly in its signature's outsole, which was designed by Adieu and is made exclusively for Adieu. This crepe sole is visually simple but very sophisticated in its realization, is composed of a layer of micro-cellular foam, usually used for sports shoes, which gives it an unexpected lightness: like sneakers. The silence of the crepe and the crepe pad, under the sole, which raises by 3 mm and gives an almost imperceptible grace to these flat shoes, are subtle details but important codes for Adieu who loves the elegance of discretion. The combination of a classic leather welt to a more casual outsole for the sportswear feeling also illustrates the Adieu style and the desire to bring new codes. A "blake" seam crosses all the thicknesses of this "signature" sole. The second Adieu sole, in leather and crepe, retains these qualities. 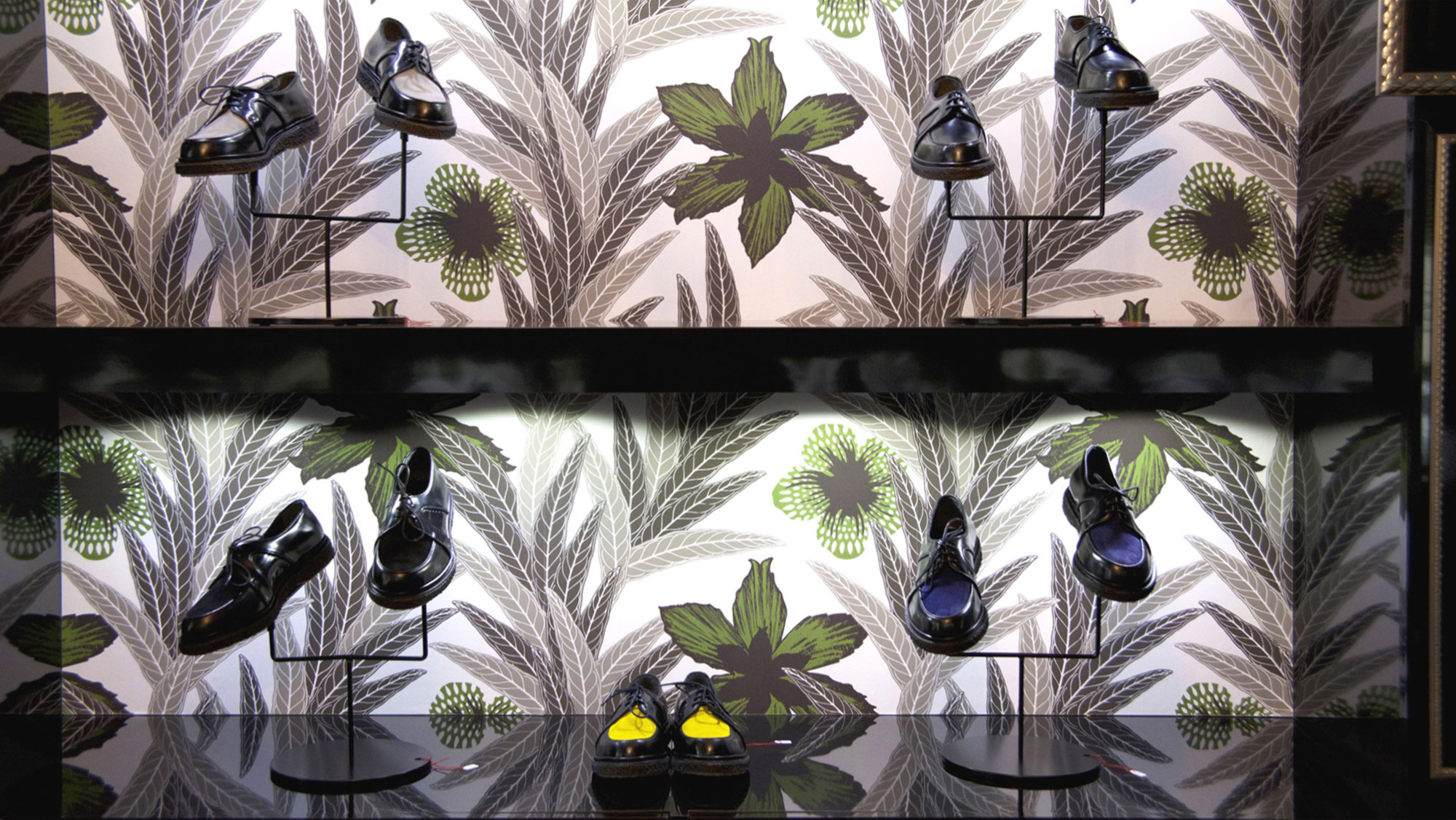